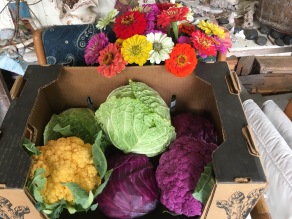 The Nowness of Now

I am trying to hold onto the “nowness of now”, my new favorite phrase. Now I am a cancer survivor with a “so far” bubble over my head. Now I am in the glory of the Indian summer, with its golden sunshine glow and crisp nights. Now I marvel that my granddaughter, Audrey Autumn, has been in this world for a year, and that her namesake, the autumn equinox, has come and gone. Now we are suddenly sliding toward increasing darkness. 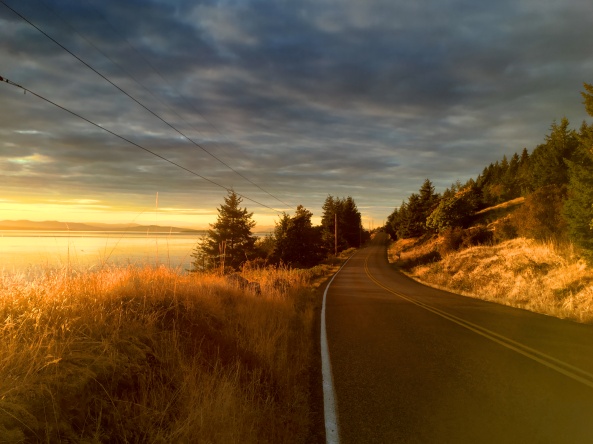 It has been a long walk away from the scent of hospital, and blood counts that barely sustained life without transfusions. For many months, I have been accompanied by a strange and persistent feeling that I could only call “hyper”. I described this feeling to doctors and nurses, and got only shrugs. Such are walls between the mind, soul and body in the medical world. I know now this was clearly PTSD, but I have only recently recognized my hyper-awareness, hyper-arousal and hyper-vigilance for what they are. Some of being hyper was extraordinary; the profound amazed engagement with a world I almost lost. Most of it was tough; startling easily, becoming exhausted with the world too early in the day, struggling with sleep. My nervous system was overwhelmed but the drive to deny that anything scary had happened fooled me and I had few tools to use. Gradually, I found my way. I needed to have control over the details of my life and that my resilience, something I have regarded as a strength, was weakened. 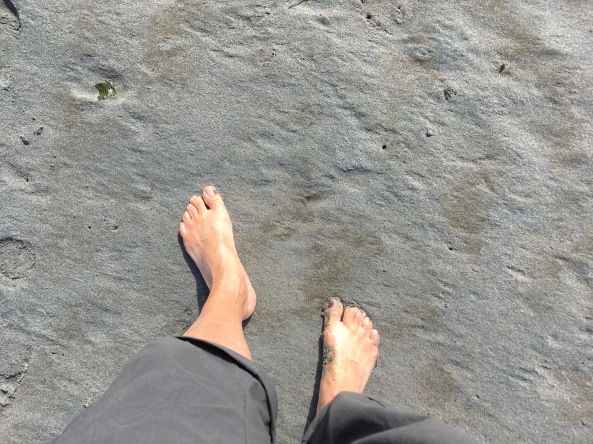 After a meeting with a counselor, I went into the library, and in the way that books leap into your hands when you really need them, I found Waking the Tiger, Healing Trauma by Peter Levine. The tiger is safer sleeping BUT. It has to be awake to heal. And there ARE tools, after the disquiet is named. I am healing from the trauma of cancer, chemo, transplant, relapse, chemo, which prompted anorexia, bone marrow biopsies, chemo injected into my spinal fluid, immunosuppressants, steroid-induced diabetes and muscle wasting, having my immune system killed, many rounds with Cytomegalovirus (CMV) infection, pneumonia(s), too many transfusions which prompted a very close encounter with bone marrow failure, too many hospital stays, almost bleeding out and sepsis, a gram-negative bacterial infection, a heart effusion that took months to resolve, being flown off island, chemo, a month-long bout with intense abdominal cramping, post- transplant depression, post-transplant metabolic syndrome, and CAR T-cells, which prompted neurotoxicity, and two cytokine storms.  Yes, all this. It is hard to say it without sounding like I am whining. It is, instead, a long exhalation, laying down all that happened on the holy ground.  I have come to believe this is part of how I heal from PTSD, to stop denying that “anything” happened. And I want to heal from the effects of “dissociation”, withdrawing crab-like into my shell. My body has been injected with so many foreign substances, even other people’s blood — and my daughter’s immune system, that it has had to re-build itself from the inside out. So, when people ask me what I am up to these days… I am tempted to simply quote these insightful words from the dictionary: “Re-build: to build (something) again after it has been damaged or destroyed.” I am re-building. 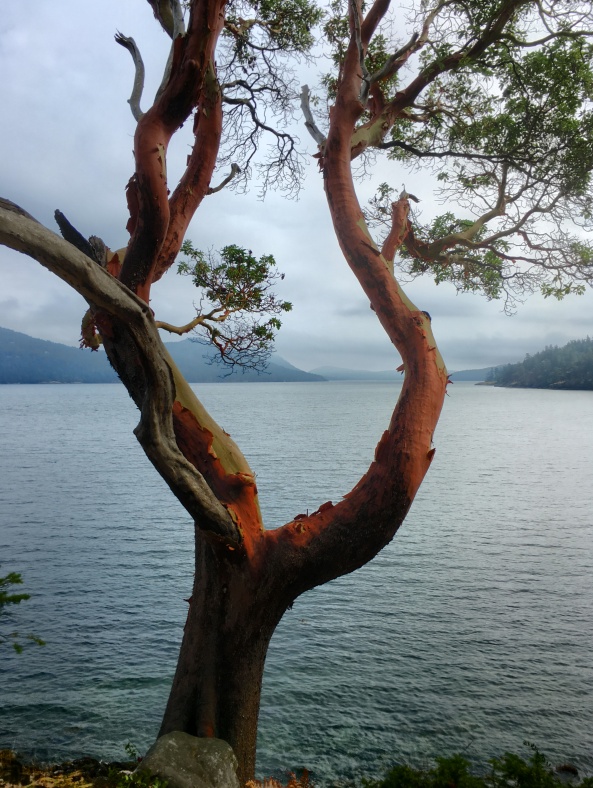 Author and cancer survivor Arthur Frank (At The Will of the Body) describes “the remission society”. Cancer is no longer the swift killer it used to be, at least not for everyone. But you are never cured. You are “in remission” which carries a clear threat of relapse. The “sick you” remains in the background, never really fading. Caregivers go through this too, and so does anyone who has battled a long difficult illness that took time away from ordinary life.

I am not afraid of death, not any more than anyone, I would say. But I AM aware that it WILL come, and I will have to leave this beloved place. According to a 2015 Huffington Post article, 14.5 million Americans live in “some state of remission.” They live in that murky zone between illness and health. They no longer subscribe to widely promoted notion that death and illness will not come if you just “live right”.

My deal with the dangerous drug that might save me…

I am taking the drug, Ponatinib everyday. The first two weeks, I had a lot of stomach pain. Then it settled and I am just living with it now like you might live with an unpredictable shelter dog. So far, my blood counts are holding their own. The drug silently plays into the nasty column of metabolism changes since transplant so I fight back with my own exhaustive research to find the right herbs and supplements to balance the the wrong things from taking over. Every step I take on this “alternative” path of medicine further distances me from conversation with the medical world. On the other hand, every step into pharmaceuticals and tests and infusions are hard for anyone in the “natural medicine” world to accept. I know a lot, not enough, and too much. It is a lonely road, but one I have gotten used to walking on. I am what I am, like Popeye.

Becoming Earth by Eva Saulitis reminds me that the narrative of cancer is a story of life on this fragile, dangerous and beautiful earth. We live life on this planet, meeting its challenges in our own ways. I think all of it works, even the denial and the frenetic desire to be healthy and happy and young. Now I am more interested in the solemn reflection, the grace and gratitude; the giddy astonishment of living another day.

9 comments on “The Nowness of Now”