I will deliver the critical news first, like a headline.

Bone Marrow test shows no cancer; all white blood cells are from donor.

That is the truly good news I have to share. That means no mixed “chimerism”. In my bone marrow, there is no trace of my old cells. It is just Mariya’s cells doing their work, leukemia free.

I can’t say it’s been easy… but considering all the scary things they tell you of the things that could go wrong, I feel so damn lucky and grateful.

I know it’s a long time. I had the intention and even the need to write. For the first week, I was teased by feeling pretty good. I thought to myself, is this it? Have I somehow escaped the side effects? I am thinking this as I am running my hand through ¼ inch of soft downy new hair. The next morning I notice most of that hair  has landed on the pillow. By the next, I am once again totally bald. I was told this would happen, a result of the last chemo and radiation. No. I am not going to escape the side effects.

There followed the flinty all-encompassing period of time listed in the literature as “fatigue”. After 7 months of this, I have found there are layers of fatigue, and I am talking about one of the very bottom layers. I wanted to sleep nearly 24 hours a day, and had to fight for the ambition to do anything else but that. Standing up would make my heart race and blood pressure drop or jump to the point of feeling like I might faint (and sometimes I did.) So even getting around the house meant walk a few steps –sit, walk again, sit and then go lie down. One thing I did do for some reason that I cannot articulate, other than I needed a huge graphic story of the human condition, was watch nearly 60 hours of documentary and mini-series about World War Two, (Ken Burns: The War; Herman Wouk’s The Winds of War and War and Remembrance.)

During all this time the docs were calm. They aren’t a real communicative lot. They could have said things like –“well, of course you feel terrible, you have a stiff case of anemia!” Or, “look at all these drugs you’re taking and their side effects. Fatigue is top of the list of every one.” What they did tell me was the blood tests looked good and I showed no signs of GVHD. The only thing they worried about is the return of the CMV which should subside with antibiotics and the strengthening of my new immune system.

A few days ago, I woke knowing that I had to grit my teeth and go against the inclination to rest all day. Participating in the life of the world was a tremendous struggle at first but it’s gotten easier. Though Fatigue is still very much present, it no longer rules my life with such an iron fist. Slowly I am building stamina once again.

Eating remains a challenge. On the plus side, I have an appetite and no weird taste effects or nausea. But on the side of anorexia, I weigh 110 lbs., and my stomach has shrunk to the size of a walnut. Plus eating takes energy. The girls have been diligent; alternating stern lectures with deliberately eating in front of me, making helpful yum yum noises, and whipping up calorie and protein rich foods that are easy to get down (a shake made by Elena delivers about 700+ calories, Mariya’s cashew-based soup innocently slides more than 500 calories down my gullet and Steve’s Grand Old Diner serves up the standards, like bacon and eggs with toast and lots of butter. Since no one else eats this way that I know of, it is a bit weird to focus on trying to gain weight.  I don’t have time to mess around with anything that doesn’t pack a big caloric punch or I will lose more energy than its worth.

Time for the 2nd Headline:

Mariya returns home to Tahoe, after 3 months in Seattle. Elena is going to Cuzco, Peru in March.

This week felt like closure. The graft has been successful! I may have CMV and anemia and other temporary things, but I don’t have cancer. It’s time for Mariya to return to her home and back to her life, starting with a certificate in Personal Training and moving on to a nursing degree. And we are all delighted that Elena, who put her plans to go to South America on hold when I got diagnosed, is going to Cuzco, Peru to get classroom experience and a certificate teaching English and working at a hostel. Her goal, for years has been to get perfectly fluent in Spanish, written and spoken. So, she is going, alone on an adventure and the three of us couldn’t be happier or more proud.

I am left with the simple monumental task of getting well again. Re-learning the basic skill of learning to be social, after so much time in isolation or just with family.  Being able to walk enough to fill my soul. I am eager to regain the carelessness of life, not being so fragile, or so metered with my energy.  Go slow, my body will remind me. This next part of the healing process opens the package of long term side effects and looks inside. I know my body and mind have taken a beating. I know I have miles to go before I feel “normal”. Just trying to get grounded and stop thinking things like “why are the pumpkins out, isn’t it still spring?” will be a big step toward belong in the world again.

Ok. More coming and in a more timely fashion. I will just end with one little happy dance and the title to one of my favorite songs: Gracious a la Vida (thanks to life). 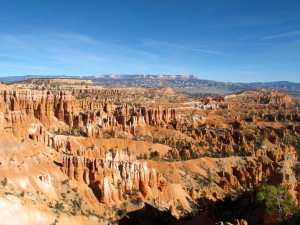 “Health? It’s right over there”. Just get to the horizon and look for the next one.

It is Day 17. There have been some ups and downs for sure but nothing that landed me back in the hospital. What I could literally feel was my body stirring, struggling, and surprised. As Mariya’s cells populated my marrow, I experienced waves of a cellular identity crisis. My immune system died and I lived 2 weeks without that protective shield. And then, suddenly a little blip of white cells on the daily blood test. After that, they came roaring in, enthusiastic, like dogs on a beach run. Yesterday, the PA calmly said I was no longer neutorpenic and showed me the blood tests. They looked like gold but I had to ask to be sure. Does this mean I am engrafted? When she smiled and said yes, I had to jump up and give Mariya a hi- five!

What this means is my body accepted the graft and now has Mariya’s immune system.  It means I can go out and have visitors. It is amazing and longed for news. I don’t feel any different—some days are good and some not so good. But I have been hiking uphill for a very long time and I just got to the peak. Anyone who has ever done that knows that the way down can be full of hazards and so you don’t let your guard down until you get to the bottom again. As I said before, a bone marrow biopsy next week will confirm how many of my own cells remain. If many remain, it is called a mixed chimerism, and that is not what they consider optimal (they prefer that all bone marrow cells are from the donor). The next stage to pass is acute graft vs. host disease, which can set in within the first 3-4 weeks of transplant. Chronic graft vs. host disease, which can be mild or very troublesome, can go on for weeks or months.

I read somewhere that the definition of an optimist is one who regards the process of “one step forward, two steps back as a sort of cha cha”. Right now, that’s where I am and where I want to stay. I know I will have some setbacks but I think this will be a successful climb, from top to bottom. As I have said before, I feel confident that much of this comes from the prayers and good vibes you all sent my way.

And when I dare, I have started setting my sights on getting home earlier than the prescribed 100 days. I think it can happen if my body can overcome the graft vs. host disease issues.

As I write this, one of my dearest friends is departing the world. I want to honor her vibrant spirit by living the life I have left to the fullest. Together, we explored God, creativity, coming of age, camp life, family life, friendship and work. Her imminent early death and this whole experience I have been through are reminders to do the work you came here to do, and to leave a legacy of love and gratitude. She did that, in spades. What else could be more important?