We thought Jimmy Carter’s wonder drug, Keytruda, could be a miracle for me. At first, it seemed like it had vanquished leukemia. But cancer is sneaky and it hides. After the second infusion, Steve and I were told a few leukemia cells had re-emerged. Given cancer’s remarkable to replicate, it would soon overtake my sense of good health. They took me off Keytruda.

Autoimmune Reaction: A Tornado of Pain

Keytruda stays in your body a long time. So you can have a delayed reaction, weeks after an infusion. Now, with the Virus paying havoc with the whole planet, we are learning more about the immune system. Stimulated too much, it can gain too much power in the body and attack.

My immune system went to war. Starting with a burning sensation in my feet, a tornado of burning nerve pain, like a cross between shingles and bee stings, traveled up my body. It stopped, thankfully, short of my face. I had gone into a delayed autoimmune reaction to Keytruda and it took a lot of the powerful steroid, Prednisone, to stop it. All that miserable time, the cancer grew, unchecked.

(Immunotherapy is amazing but it does have side effects.)

Finally, the autoimmune tornado subsided under the weight of Prednisone.  In September, I entered the hospital for a new treatment, not knowing what to expect. In one month, the cancer in my blood had gone from under 1 % to 25%. That’s the way leukemia grows!

Meet Blincyto and Neurotoxicity in The Hospital

Blincyto (blinatumomab) is another immunotherapy drug, targeted for leukemia and known for neurotoxicity side effects on initial hookup. I went in to the UW Hospital on a golden September day, with a plan to stay just a few days. On the second day after the infusion, I started losing the ability to easily speak and walk. Can you say the date, the year, where you are? Over and over again, I was asked. When your brain is inflamed, you (may) know the answer but you can’t say. It’s like a stroke, I’m told. But it comes from inflammation, the body’s reaction to immunotherapy. I couldn’t get up and walk either. They alarmed my bed so I couldn’t sneak off of it, much less go for a walk in the halls.

This was a time like being lost in in a re-circulating nightmare, the ones when you pack endlessly and cannot seem to ever make it to the train. What should have been a few days lengthened into nine. 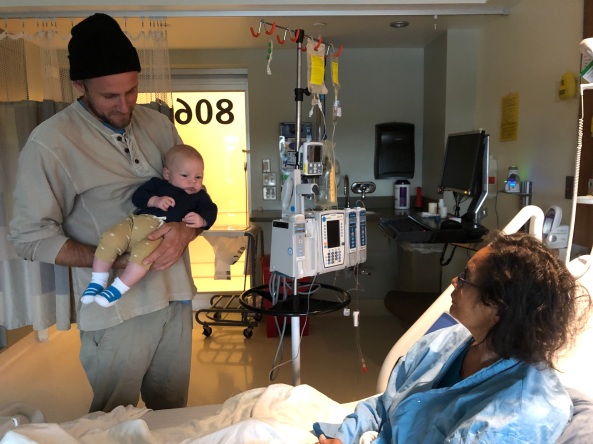 Will and Wyatt visit me

A Long Routine with a 24 Hour IV

After that, I had two more hospital visits and like before, they were more precarious than I wanted. For four weeks, I would wear the  fanny pack holding the infusion that led to the PICT line in my arm. Every week, we got a delivery from a homecare provider. After a month of that, I got to take the bag off and live relatively free for two weeks. This was repeated for five cycles: September to April. 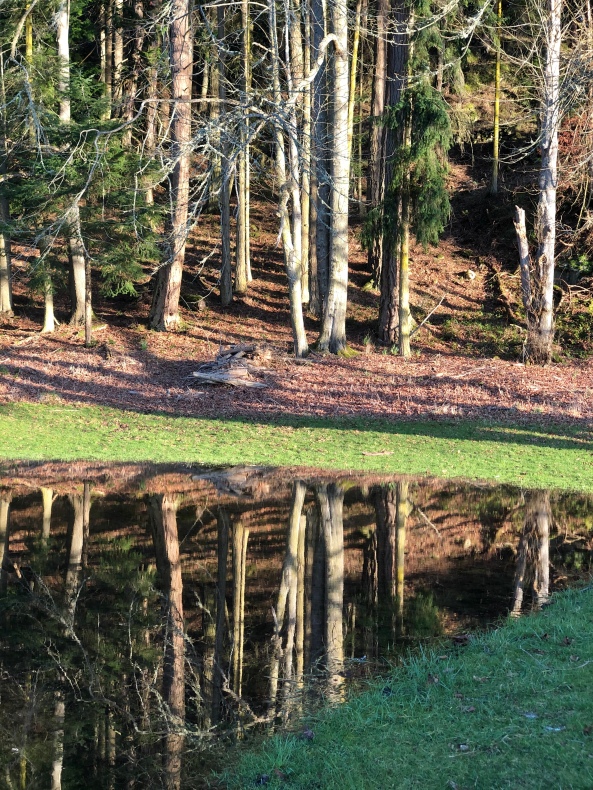 A Bardo for the World: Leaving One Reality, Entering Another

And so, I am back in remission, although I have learned that remission means you don’t have cancer, but you could get it back any minute.

Always before, I went through these stages by myself. Losing the old Normal, entering isolation and in that liminal space I came to know as the Bardo, trying to adjust to rules of the new Normal.

Now, on this foggy morning in May, the World lives in the new harsh reality of Coronavirus. Steve is recovering from getting his ankle rebuilt. We have been in near isolation for weeks. This is like remission times the population of the world. I wrote in the blog before the second relapse: “We are all partly shattered by life and we all live in precarious but often mysteriously beautiful circumstances. I think the difference is living in remission means you are aware of that. Many people aren’t . . . Remission is kind of grateful and fearful and mixed up and present and remote.”

But here’s what’s different: I feel like everyone has joined me in an uncertain remission.  Each day we feel our way, tentative and aware of life, holding it gingerly and moving ahead slowly. Afraid and not afraid, we do what must be done. 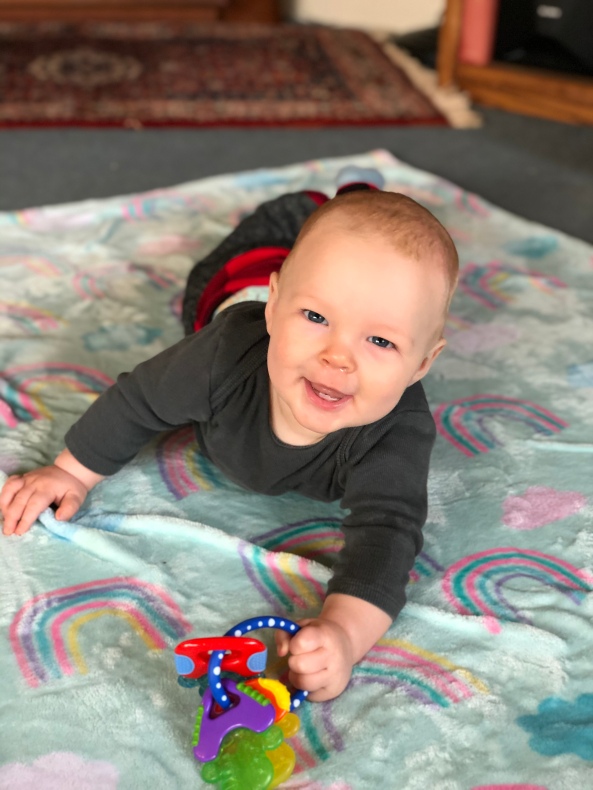 Thanksgiving, 2019. BCV (before Cornavirus) and during cancer treatment.

CLICK ON THE "CLOUD" IN UPPER RIGHT CORNER OF BLOG ENTRY.
Follow Do It Yourself Life on WordPress.com
Join 244 other subscribers