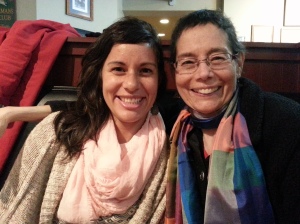 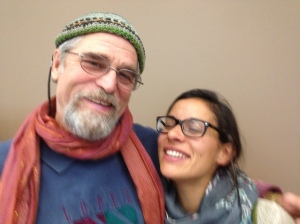 August 21, 2014 marks the one-year anniversary of my stem cell transplant. My re-birthday. And the end of a huge, transitional summer for me—and our family. Those long lazy “dog days” are over. I am always amazed and shocked at how the change of seasons suddenly appears in our march of days. It’s not the temperature itself as much as the change of light. June, July and August here in the Salish Sea were an anthem to summer beauty. I am so glad I was here to celebrate it.

Elena’s Journey: A Story That Needs to Be Told 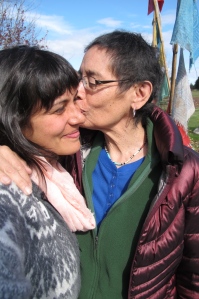 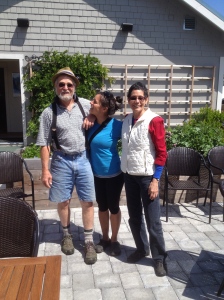 A daughter needed to have adventure and freedom after our rigorous chemo and transplant world in Seattle. So she went to Peru, and for a time, found great fulfillment and physic healing in the adventuring, learning to teach English, becoming an English teacher, becoming a yoga teacher, and exploring the Sacred Valley, going to Machu Picchu and the like. Her regular phone calls in the late winter/early spring were such a delight in our pill laden, doctor focused, mostly isolated existence. 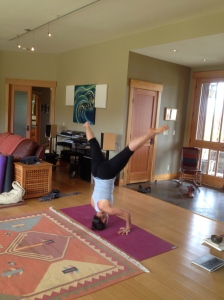 Not in Peru, but you get the picture! 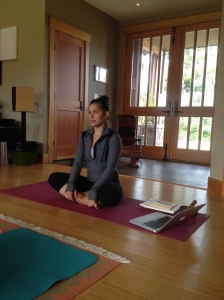 Then trouble arrived. Elena was sick, fighting to pretend it wasn’t so, but failing. The illness took her to places no one wanted her to go. By March, we were faced with Elena’s early return from Peru. It was premature and urgent. Turns out she’d survived a tough battle with typhoid fever. But she still had a debilitating and mysterious parasite. Despite working with the best doctors in Cuzco, they could not find the cause of the come-and-go searing pain, pulsing stings and (migrating!) lumpy hard masses underneath her lower right ribcage. We were pleading and they also told her to go home, as they had exhausted their resources. 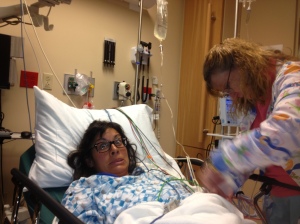 They get ready to fly her off island 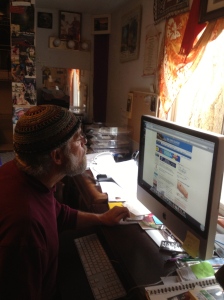 Endlessly looking for answers on the internet.

She went straight to the Head of the Infectious Diseases Division, Microbiology & Global Health at UW Medicine in Seattle. Enter the period of “looking for the problem” which included coming home, then getting flown back off to the hospital. While the parasite ate her body, literally, we watched her eosinophils (a type of white blood cell) and her liver enzymes rise as her blood samples were sent to the Center for Disease Control and tested for 50 different parasites. All negative. But the confounded doctors had a suspicion that she had Gnathosomasiasis, the larvae of a parasitic worm Gnathostoma spp. Wikipedia offers the following discussion: “It has a complex life cycle involving at least two intermediate hosts, with humans being accidental hosts in which the larvae cannot reach sexual maturity. The main risks for acquisition are consumption of raw or undercooked freshwater fish and geographical exposure.” 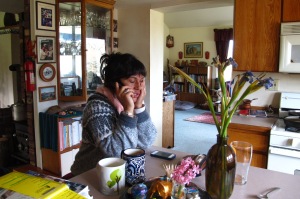 Elena had ceviche once in Peru. Because it was in Cusco and unregulated, they probably used fresh water fish, which is far more likely to carry such parasites. I sometimes imagine the sweet “typhoid mama” who unknowingly and smilingly handed her the meal, along with the parasite and the typhoid fever. 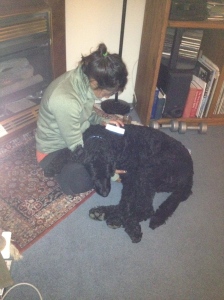 Jack comforts in his doggy way while Elena searched on her Iphone.

Anyway, we finally Fed Ex’ed her blood to Bangkok because that was the only thing left to do and they are the best in the world on such subjects.. We sent it to the Department of Helminthology (the study of parasitic worms), Faculty of Tropical Medicine, at Mahidol University, Bangkok. When we got the report back that she tested positive for Gnathosomasiasis, we plowed forward into the treatment: three weeks of albendazole, a powerful worm medicine. And gradually, the worm larvae died and Elena came back to her life. 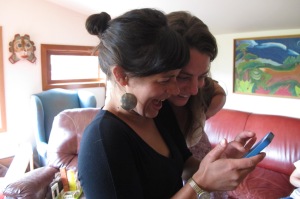 Elena and Mara laugh over photos.

All four of us were shaken by this experience, deeply aware of the depth of our PTSD following these two big near death events. Steve and I admitted to each other that our “qi” or “chi” –our life’s vital force— was frighteningly low. 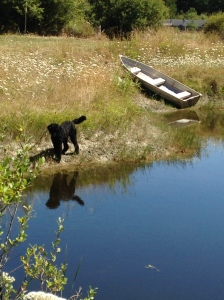 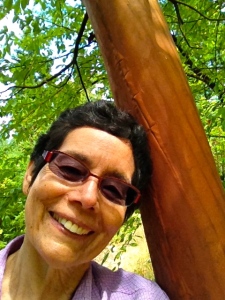 My trip to Waldron.

I took the summer to re-build it. So did Steve. Dear Elena had to work to re-build her bank account back to zero. Mariya came regularly to visit and be supportive. We just all did what we had to do. When I look back at this year, I see a time when I lost my body… immune system, muscles, energy, appetite. All the things you most take for granted. Building it back has been slow but real. Every muscle I have now was one I brought back from the dead. Perhaps that’s over-stated but that’s how it felt. Luckily my muscle memory still had an idea how it was supposed to look. I imagine my new immune system, being sat down and lectured to by the rest of my body. “Now listen. We here have always been resistant to ‘bugs”. We don’t get colds and things like that.” And… wow, that’s how it seems to be once again. 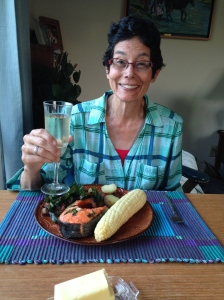 Energy and appetite come and go. “Well, that might be your new normal,” says the oncologist. Perhaps. As I write this, a new symptom has crept in—a sudden arthritic pain in all joints. My lymphocytes remain high and we don’t know why. These are symptoms of leukemia. The doctor ordered another BCR-ABL test and it came back negative. A comforting negative. So we cautiously move forward until the bone marrow biopsy scheduled for October. “Maybe the Dasatinib is causing the high lymphocytes…” the doctors say. As long as the CMV stays at bay (which does only with the help of Valgancyclovir, a drug so powerful it’s considered to be carcinogenic), we accept it. On the anniversary of the transplant, I had a colonoscopy/endoscopy to see if CMV or Graft vs. Host disease were in my gut. Nope. All good. Except for the symptoms that come and go. But I can live with those. 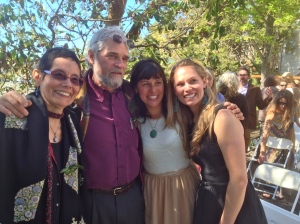 Happy to all be together this summer.

I have learned you just do what you can do on hard days and play/work on good days and let that be okay. Cancer and all serious illness invokes the mystery of who and what we are. I pulled out a healing rune just because. It was Gratitude. Of course. How could it be otherwise? Elena was healed. I am one-year cancer free. A woman hearing my story said, “it’s still so recent. Give yourself time.” Good perspective. It can be easy to lose that.

15 comments on “The Re-Birthday and Elena’s journey”