Reflection is something that comes easily to me but last week was so dreamlike that my thoughts and memories about it are equally surreal. You, Google, and I all have a picture in mind when we use the term “a near death experience”.  I don’t know what to call a casual recognition that I could have died last week. It comes and goes, along with musings, like—this is how so many women died in childbirth before modern medicine. They bled to death. And I could have done so too, with a blood pressure so low that it causes organ failure and a rapid pulse that wears out the heart. I look back on it, how I went from “fine” to “not fine” for a few days to “emergency” abruptly without pain or trauma and observe that I was on a downward slope with a free fall at the end but for intervention of a modern Intensive Care Unit.

The week began easily enough. I was enjoying walking and visiting with friends. I will spare you the grittier details but I got a GI (gastrointestinal) bleed. I had no idea how precipitously that would lead to the situation above. Only in hindsight do I realize I lost a fair amount of blood. At the same time, my blood pressure started being consistently low enough for me to feel a bit light-headed and my pulse hovered around 125. On Tuesday, I went to the SCCA and based on my blood work results, got 2 units of blood and another unit of platelets. It is common to need blood and platelets after chemo.  But by Thursday, I could barely make to the bathroom without passing out. Back to the SCCA for more blood tests and this time the results were alarming. My red blood cells and platelets were scary and dangerously low. My white blood cells were nonexistent. Acting quickly, the doctor called the ICU and told them they had an incoming patient.

And suddenly there I was, in the ICU, which was a very different experience than the oncology floor. Stripped down, given back a simple gown and then essentially hogtied to the bed with tubes. Everything was monitored. Resistance really was futile, and so I surrendered while they worked on me like mechanics over a failing race car and received another 5 units of blood in the time it normally takes to get 2 and another 2 units of platelets. Meanwhile Steve and first Elena and then Mariya sat by and were simply present as they had no role in the ICU process.

The rest of my story is simple. After the infusion of blood and platelets to keep me from continuing to bleed out, I came back to life. I actually felt fine again. After one night at the ICU, they put me back on th

This next part reads like a novel where the characters encounter one intense challenge after another. Mariya came to hang out with me and on the way home she was hit by a drunk driver who crossed the center line on 15th Ave. Luckily, she was driving an Explorer and therefore much taller than the Mercedes that hit her. People had already called 911 before her trembling hands made the call. She said her first reaction was pure fury because if she was injured, she might not be able to be my donor. 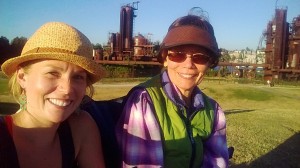 She and I frequently remark to each other about our angels. Both of ours were working over-time. Mariya emerged with minor injuries. The drunk woman was arrested. Unfortunately, the car Mariya was driving (her cousin’s) was totaled, but insurance will deal with that. The next day I was released early from the hospital, in part because my female doctor and PA were mothers who understood when I said “if you keep me here, I will just be a nervous wreck. Cancer takes so many things away from you but the one thing I can still do is go home and be a mother.”

And I did do that. Mariya and I tucked in together and ate some food and joked about our exhausted angels. We watched Yentl, one of my favorite older movies. Meanwhile, Elena was completing a two day relay race with 12 other team embers from Blaine to Langley, on the far end of Whidbey. Steve, as usual, was Support Extraordinaire. 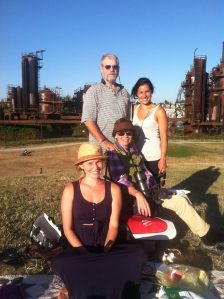 “Life astounds us in an instant” Mary Chapin Carpenter sings. It truly was just a small moment in time. One that had a lucky ending. By Steve’s birthday, the 22nd, just 3 days after the hospital and the accident, we had a picnic at Gasworks  Park and all of us ate heartily and enjoyed the Seattle skyline and the people watching and the glorious July sunshine. We had been astounded by two frightening events, and then astonished at the beauty of the world, celebrating Elena’s victorious race and Steve’s 67 years of adventures.

“Ordinary” (read extraordinary and magical—the same as yours) existence resumed. 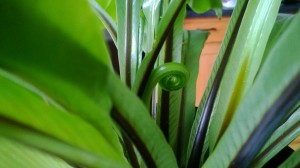 6 comments on “There and Back Again”