I was listening to NPR a few weeks back when I heard a story about some American rural town that had been devastated by some ‘bad’ thing (I can’t recall what it was?) and those words above were used by one of the townspeople, who went on to talk about how folks there had spent a lifetime living and being there, in a sense “building a levy against life’s high and low waters”.  They went on to talk about how the ‘levy’ they’d built collectively over time, against the woes that are sure to come in life, WAS HOLDING.

Well, I just want to give a ‘shout out’ from our Cottage in Maple Leaf, that the “levy is holding”!  There are so many heart-warming things that have come our way, as we finish up with our third month here and our wrestling match with the difficult maze that is “cancer treatment”.

We are just now finishing up with IIB, the 4th chemo cycle, and have recently learned that we will go through at least two more rounds (about 3 weeks per segment), before we head into the ‘conditioning’ for a yet heavier whack of chemo to kill off Shann’s T-cells (they might get in the way of allowing the introduced cell transplant to ‘do its thing’ —-which is; kill cancer cells that the chemo hasn’t been able to reach).  How’s that for a run on sentence?!

Moving right along here; After 6 or 7 more weeks of chemo cocktails (I do my own near daily gin cocktail, out in the four wheeled “office” parked in the driveway—our trusty road warrior van the 95’ Econoline)—I can just see my old, and by now quite dead, English teachers pulling their hair out  with frustration, at how uncouth my sentence structures are!—-so, where was I?—after two more months of chemo +-, we will be heading to a stem cell transplant—Shanns ‘Ph+ A.L.L (Philadelphia chromosome positive acute lymphoblastic leukemia) requires it (or so says the best  guesses by the best minds present)!?

We don’t have a related or unrelated donor at this point –or on the horizon—that is a sufficiently good match.  That puts us into the world of choosing between umbilical cord blood (and there are some good cords already marked for Shann) or ‘haplo’ donors (half the right number of chromosome matches—ie one of the daughters) transplant possibilities.  It’s confusing and weird and technical and still new enough that we will most likely become part of a clinical study (read that: experimental/ “I don’t know the answer-ville”). 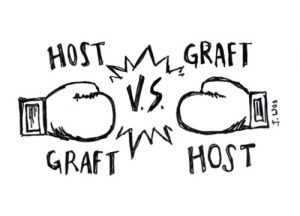 When we get to that point we will be writing more about it all.   Bottom line is that when we get to the transplant part of this ‘dealio’, it represents some finger-nail biting times for some many months, while we watch for how well Shann’s body accepts the new/foreign cells and we stay on guard for GVHD (graft vs. host disease). 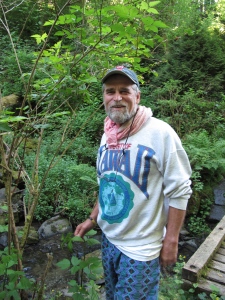 My head is spinning—sometimes my heart too!—Both daughters are enroute as I write this, to the island to be participants in Fridays fundraiser—so many people, pulling , donating, working  on our behalf—it’s “choke you up with humility and love time”, for the Porten-Westons!  Whoever it was (Jesus I think) that said it’s more blessed to give than receive was no doubt correct.  Having said that, I hasten to add that being on the ‘receiving end of the line’, has /is being a major challenge for me to do with grace.  I guess that’s part of ‘this journey’ for me as well.  Bottom line:  So many thanks, to so many, for giving us so much!